“Wherefore we receiving a kingdom which cannot be moved, let us have grace, whereby we may serve God acceptably with reverence and godly fear: for our God is a consuming fire.”
Hebrews 12:28-29

Other Info:
Lunch and Dinner meals are included with your ticket price for Friday and Saturday only.
Working Scholarships are available by contacting Linda Ordway or the organization you are attending with. 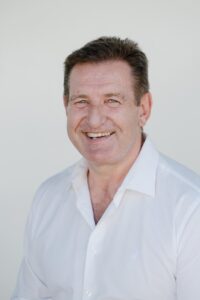 Etienne Blom is the founder of Kingdom Fire Ministries in South Africa. He is married to Hettie, also an ordained pastor, and they have two sons Morne and Andre. Their sons are married to American girls and are both in ministry in America. Etienne have been ministered in over fifty countries worldwide doing conferences and crusades. He serves on the boards of many ministries and businesses around the world. He obtained a Phd. and doctorate in theology and philosophy. Etienne is acknowledged as a prophet to the nations moving in the apostolic and five fold.
After being radically saved Etienne moves in the spirit, hears and sees clearly. He walks in the power of God doing miracles, signs and wonders.
Etienne has a passion to bring the body of Christ in to maturity in their identity in Christ. He has a passion to teach them how to move in the spirit and how to reveal Yeshua in spirit and truth. He believes that all of creation should participate with is as Kings to rule and to reign.
He teaches that the key to all is about positioning Yahweh as first love in all aspects and dimensions of our existence. It is all about Yahweh and love. 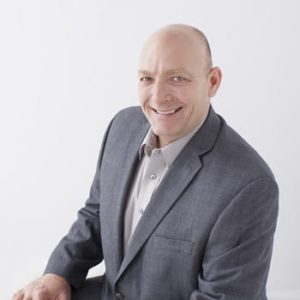 Greg has been working in the family business and religion mountains for over 40 years. He and his wife, Linda, currently own several businesses including Cedar Creek Resort & RV Park, Cedar Creek Coffee, New Hope Group Home and Lighthouse Group Home as well as oversee Life Christian Outreach and Life Homes that assists in providing homes and jobs for people with special needs and special gifts. They have 4 sons, 3 daughter-in-laws, 4 grandsons and 3 granddaughters.
They both felt a call to the ministry when they were in their 20’s, but didn’t understand being called in other areas besides the church until they connected with Lance Wallnau and his Dream Trips held in Cabo, Mexico over 12 years ago. There, he taught them to fulfill their call WHILE they pursued God in the business and family mountains.
Greg has a Bible degree from Southeastern College and taught himself Hebrew. He has also studied some with Dr. Yana Sanders. He walks and talks with lots of the great cloud of witnesses on a regular basis and shares his experiences as he is released. 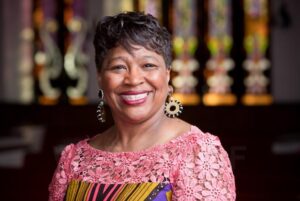 Sister Sheila’s life scripture is: Luke 4:18 AMP
The Spirit of the Lord is upon me, because He has anointed me to preach the good news to the poor; He has sent me to announce release to the captives and recovery of sight to the blind, to send forth as delivered those who are oppressed, who are downtrodden, bruised, crushed, and broken down by calamity.
Evangelist Sheila Ruffin, affectionately called, “Sister Sheila” by many, has been very involved in the prayer movement, both statewide and locally for over 30 years. Under the leadership of the Holy Spirit, in 2005, Sister Sheila combined her two loves; banner making and intercessory prayer into the dual ministry, “Hem of His Garment Ministries,” whose mission is; “Loving GOD and Loving People.” She creates beautifully adorned banners that are hung in churches and are used in liturgical events and GOD has used all of her past suffering and trauma as a means of healing for others. She does prayer counseling with those who are seeking help for deep issues. Sister Sheila is a certified coordinator for the international ministry, Desert Stream Ministry, which provides Christ-centered help for those struggling with sexual and relational issues.
In 2013, Sheila was called to “GO” to the nations and has since ministered in 24 countries. GOD has miraculously provided for her to travel on 40 trips in the last 8 years.
She has truly begun living what she calls: “My New Life.” Sister Sheila, also known as the “First Lady” of Second Missionary Baptist Church, has been married for 46 years to Reverend Doctor Clyde Ruffin, who is the proud pastor of Second Missionary Baptist Church in Columbia Missouri for the past 20 years and has served two terms as 1st Ward Councilman also in the City of Columbia,Missouri. Clyde and Sheila have lived in Columbia since 1983 when Reverend Ruffin accepted a position at MU in the Department of Theater. During his tenure he chaired the department for 5 terms. Clyde has since retired from the University of Missouri in the fall of 2015.
Together they have four daughters: Mikisha Ruffin Henry (Michael), Joi Ruffin, Candace Ruffin and Jessica Ruffin and have six grandchildren: Elijah Ruffin, Benjamin Blueitt, Micah Henry, Cadence Elise Ruffin Ellis, Mira Henry and Caden Ruffin Ellis. 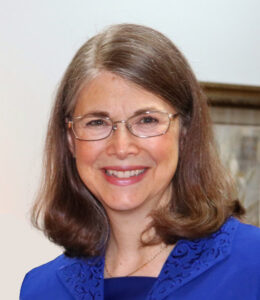 Sharon Buss, President of Global Outpouring, has served at the headquarters in Engeltal since 1977, where she was mentored and trained by the late Dr. Gwen Shaw (founder of End-Time Handmaidens, Inc.) for “such a time as this.” Sharon has a passion for the Presence of God and endeavors to cultivate it wherever she goes. She has traveled extensively throughout the world ministering God’s Word and leading His people into worship.
Her vision for revival in the nations and bringing in the final end-time harvest should encourage us all to “just obey God” and contend, equip, and engage with our Father’s heart as He pours out His Spirit on all flesh. Sharon has written three books: her life story, Take the Lid Off, a devotional, In Quietness and Confidence, Keys to Overcoming, and Rich Wounds, An Eternal Perspective on Suffering.
Sharon was born in India of missionary parents and was raised in Michigan. As a senior in high school, she was expecting to enter Western Michigan University School of Music to prepare for a career in music, when God stirred her heart to follow Him into full-time commitment as an End-Time Handmaiden. After attending Kingsway Missionary Institute, a Spanish language school in McAllen, Texas, she moved to Engeltal to serve on the headquarters staff in 1977. She has spent the ensuing years learning many of the facets of serving God. Sharon became the Vice President of the ministry in 2006, when Sister Gwen’s beloved husband, Lt. Col. James von Doornum Shaw, U.S.A.F., Ret., who held that office, passed away. Then when Sister Gwen passed away January 13, 2013, Sharon became the President of End-Time Handmaidens and Servants International DBA Global Outpouring.

Lodging is limited to the RV Park, with tent camping at $30/night and RV Full-Hookups starting at $45.67/night. Please checkout www.cedarcreekresort.org/rvpark for RV Park requests.

Alternately, there are several hotels in the area. Those closest to the resort are off the Lake of the Woods Exit: Super 8 Motel, 5700 Freedom Dr., Columbia, MO 65202 and Holiday Inn-Columbia-East, 915 Port Way, Columbia, MO 65201.

Event starts at 7:00p, Thursday, March 9th and ends Sunday, March 12th after the last session. The final session will be a Q&A starting at 1:30p. Tickets are available for in-person or livestream access.

*Couples can be any two guests and they do not need to be related.

Children and families are welcome, however there will not be any organized events for kids and any children under 15 are not to be left unattended.